The HMI5-TP7 is a 7-inch capacitive BACnet touch screen panel. With its customizable user-interface, it helps you visualize and control many buildings systems. Thanks to its in-wall flush mount design it integrates into conference rooms, reception areas, corridors, and apartments.

The HMI5-TP7 is equipped with a capacitive touch screen.

Available as an option, the power supply can be via POE in accordance with the IEEE802.3af specification or in standard with a 9VDC-36VDC power supply.

The operating system is Android 6.0.

Control of HVAC and lighting of apartments in London, UK.

HVAC control of apartments in Australia.

Without the need for additional hardware, this touch panel is able to natively access the BACnet/IP network to discover BACnet devices and their objects. It can also read and write BACnet objects properties.

Access BACnet devices on the local network (Wi-Fi, Ethernet) or Register as a Foreign Device to a remote network.

Allows reading and writing of most available properties of the BACnet objects.

Possibility to create reusable dynamic user interface for tablets, phones and other devices.

With the HMI5 app, any web developer can create within a few minutes an interface to visualize and control buildings system. HMI5 presents a simple JavaScript interface to access the BACnet network. 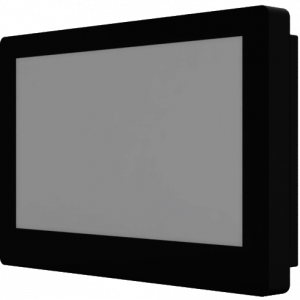